Ep16: Being Ready Is Overrated 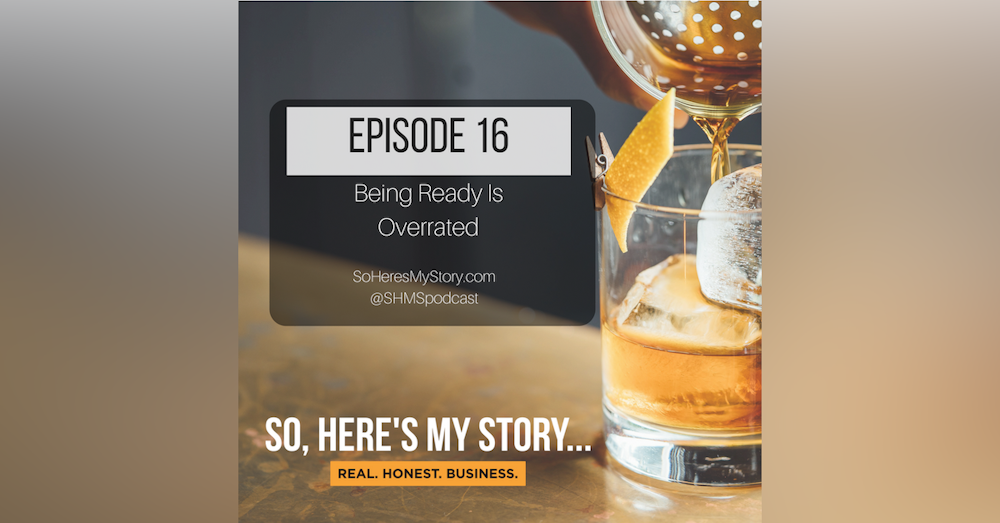 This week, Jodi and Eliot talk about bringing the wrong size of clothes into the dressing room, comedian Kumail Nanjiani, and Jodi’s seeing eye dog, which is apparently our team member Kristi. And somehow, it all makes sense relative to this weeks...

This week, Jodi and Eliot talk about bringing the wrong size of clothes into the dressing room, comedian Kumail Nanjiani, and Jodi’s seeing eye dog, which is apparently our team member Kristi. And somehow, it all makes sense relative to this weeks topic: confidence.

Why is all of that important for business?

In an interview recently, Kumail Nanjiani, from the sitcom Silicon Valley and the movie The Big Sick, said:

“I’ve learned that there is no difference between being confident and pretending to be confident. Nobody else can tell the difference. Even your own body can’t tell the difference. Through the exercise of “fake it till you make it”, I was learning to trust myself. I was learning to trust my decisions and my thoughts and my abilities. Because, all those famous comedians who were so confident in that New York show? They didn’t know what they were doing either. Nobody really knows what they’re doing. Some are just better at pretending like they do.”

People talk about confidence as if it is something you can get and then have. And it doesn’t work that way.

For some, it is developing a working relationship with your insecurities. You may have the fear that if you haven’t done it, you cannot do it; you can accept that as valid, but you can also make friends with it.

Other people get anxious imagining what the worst things that could happen, and need to blindly step forward despite those fear. For these kind of people, it is important not to worry too many steps ahead. Like chess, the game changes with each move.

For all of us, it is important to act “as if” - that is the same, biochemically, as confidence.

There is an immutable connection between belief, behaviours and results, and results reinforce the initial belief. The trap can be imagining that you can change the belief directly. Instead, acting “as if” changes the behaviours, which affects the results and, ultimately, the belief.

There are hacks in the moment to create confidence. See, for instance, Amy Cuddy’s TedTalk where she talks about how body language may shape who you are.

But mostly, confidence is the thing you get from doing the thing; it doesn’t come before you do the thing.

Just as in the documentary Euphoria, some things cannot be pursued directly – they can only be attained obliquely, as with happiness. Confidence may be the same thing – you cannot build it; it is a byproduct of taking action.

And when you don’t have the confidence to start? What’s one tiny step you can make on this? It is rarely so binary as “you either do it or you don’t” – there is usually one little step you can take to get you started.

This also shows up in companies – in their culture and in their leadership: the idea that confidence is something you must have before you act paralyzes movement. Especially if you are looking at what other people in the industry are doing: “we can’t do that because no one else does”. Looking to outside guidance is a great place to look for what not to do, never where you look for what to do.

What story do you want to tell?

So we told you our story – now it’s time to tell us yours! What is your favourite confidence hack?

You can connect with us or tell your story…

Want to support us?

Review us on iTunes, Stitcher, or wherever you listen to the podcast.